How we got here

The Seymour Bank was organized on October 24, 1939 following the Great Depression which had left Seymour with no financial services for approximately 5 years. It all began when Mr. Sam Trimble of The Union National Bank of Springfield, Mo. had come to Seymour one day on business and happened to visit with a lifelong friend, Everett Mayfield (a.k.a. Sol Mayfield). During that conversation, Mr. Trimble commented that a bank was sorely needed in Seymour. Mr. Mayfield agreed and thus plans were made to contact investors.

His widow Mrs. Ada Trimble became President of the bank after Sam died in 1942.  She would continue to be President until 1962 when the controlling interest of the bank was purchased by Melvin & Aloha Ellis. Through the decade of the 1960's ownership would change 3 other times.

On May 31, 1973 Max Penner and Carolyn Penner purchased Cottonrudy Investment Co. which had controlling interest in The Seymour Bank and Max became President at this time.

In 1979, it became apparent that the bank was growing at a faster rate than the existing facility could handle, and we began to build a new building in May, 1981. Doors opened to the two-story facility where the current building sets today.

In the mid 1990’s, President Max Penner envisioned a new location in Rogersville, Missouri.  His vision became a reality and with heavy hearts the Rogersville location opened in 1996, after the passing of Mr. Max Penner. Just as he had planned, this city and location has grown and the bank is serving this great community every day.

In 1996, Gerald L. Rudolph, with over 35 years of experience, would become President of the bank. He led the way until his retirement at the end of 2004. Mr. Kirk M. Penner then took over as President of the bank and ran with it. He has put an emphasis on being a true community bank and providing our customers with the best services and technology available.

In 2017, our President Kirk Penner and the board again saw the need to expand into another market. Marshfield has always been the biggest city in our county and is expected to continue growing at an exponential rate. The Seymour Bank saw Marshfield as a means to reach our friends and current customers in northern Webster County. This location was completed in 2018 and we are excited to be a part of the Marshfield community.

Over the past 80 years our bank has grown from that depression era start to one of the strongest in our region. The Seymour Bank has grown assets to approximately $137 Million.

The banking industry has seen exponential change. The Seymour Bank has met the challenge of an ever changing and dynamic banking community. Through the years we have always been dedicated to sound business principals and a conservative approach to commerce, unlike so many other smaller banks that are selling. This conservative approach and sound business principals are just as important today as it was in 1939. Another item, which cannot be overlooked, is a commitment to the community. The bank management and employees live here, and the needs of the people have always taken high priority. We still believe the strength of any bank is that its employees and management be a part of the entire population.

In recent years with the mega-banks needing government bail-outs, The Seymour Bank continues as it has always done, to be receptive and accessible to our customers' needs and wants; helping supply the capital needed in the community for continued growth. The patrons of The Seymour Bank know that they do business with their neighbors and that the interest paid to the bank will remain in this area. We pledge to continue, as we have done in the past, to strive for an ever growing and prospering area. We thank our employees, both current and past, and we thank our customers, who are also our friends. 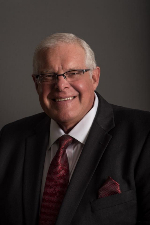